Your #1 Tip for Starting a New DevOps Position 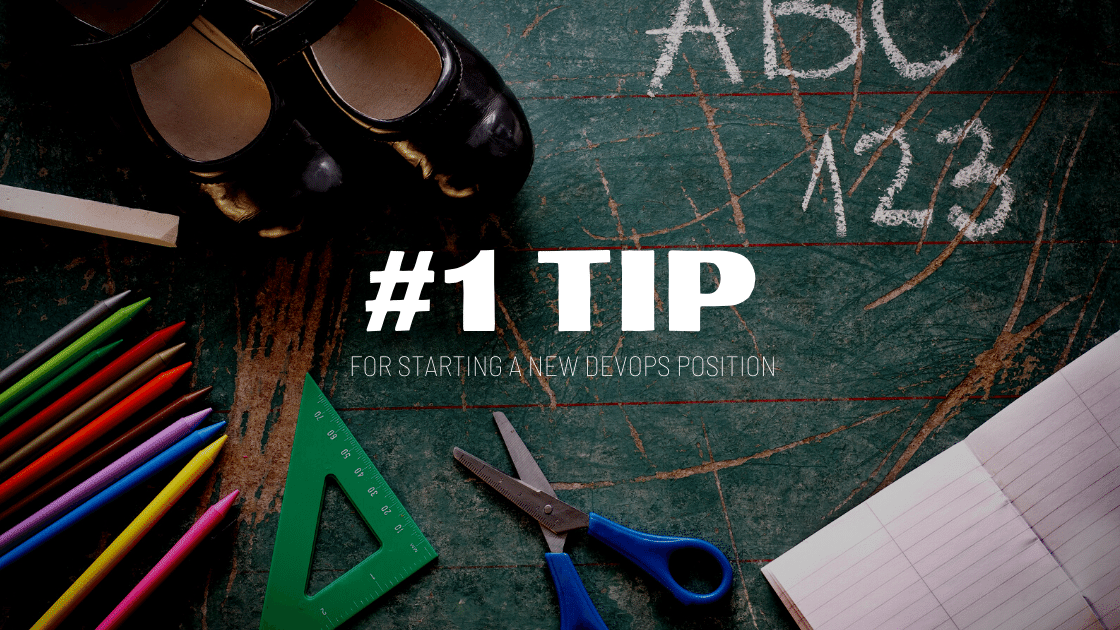 You probably know that feeling that you get in the first few days when you receive the laptop and try to kill some time until it’s ok to go home.

You are sitting there idle, no one really has the time for you, but it would look bad if you leave before 18:00 on your first day of work.

Most advice out there will tell you to:

The problem is that there are too many topics, all very specific, and you have no idea which to pick first.

Then, in most companies, there is no real onboarding process for new employees. The team leader will usually dump those “JIRA tickets no one touched for ages” on you to get the load off of the other team members.

But there is one thing that you can do that doesn’t take up time and focus from others, and in my opinion, has the most impact on your new role.

Learn which language and framework the developers are using, and create your own mini-project.

This includes writing the code and deploying it using the same tools.

Why is this the first thing you should do?

If you are doing the hiring

Starting a mini-project is also a good onboarding process for new DevOps hires on your team:

“What if I’m a consultant/freelancer/contractor?”

Doing a mini project to lear the stack the company is using makes sense even if you’re an outside expert (like a DevOps or DevSecOps Consultant).

It helps you overcome the Imposter Syndrome, which is common when moving from one client to another.

Want a few ideas for a mini project you can start right away?

I know that the hardest part of doing such anexercise is coming up with project ideas.

So if you want a quick start, I wrote a few project ideas that you can pick from and start right away:

Fetch the latest XKCD comic and display it on the page. Use the https://xkcd.com/info.0.json API.